St Plegmund’s Well isn’t in Wales, it is in Cheshire, close to St Peter’s Church, Plumstall near the village of Mickle Trafford, just  east of Chester, but I just had these photographs from this year’s Well Dressing ceremony. Each time I have visited the well it has been dry, although there are reports of water having been in the well and its use for baptism in the 20th century.

It is named after Plegmund, who is believed to have lived as a hermit in the area in the late 9th century. He was known as a scholar, and was summonded to the court of Alfred the Great as a part of Alfred’s project to reintroduce theological scholarship in England sometime before 887. He was elected  Archbishop of Canterbury by Alfred  in 890 and and travelled to Rome to be  consecrated  by Pope Formosa. He contnued as Archbishop  until  his death 923 (some sources suggest 914). He oversaw much of the recovery of the church in England following the Viking invasions and restored a number of bishoprics in Viking held regions that had been vacated and left unfilled. Alfred the Great died in 899 and was succeeded by his son Edward the Elder who was crowned by Plegmund.

His feast day is August 2nd, although the well dressing, which is a recently introduced event no longer coincides with this date. 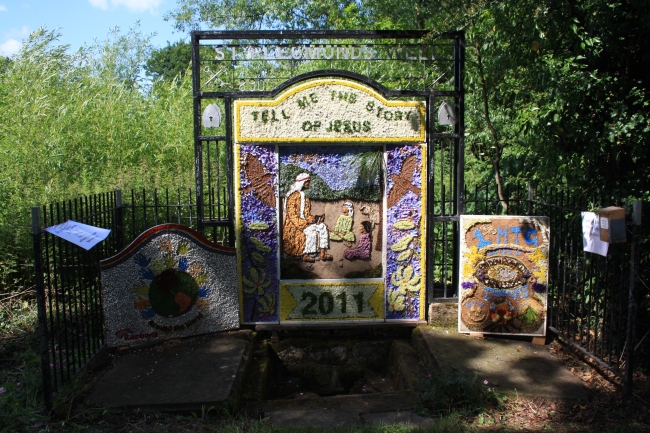