We first visited St Trillo’s Well just after Christmas, snow has been compacted into ice on the promenade and access to the chapel was treacherous.  Returning last wekend was a much easier and more pleasant walk. 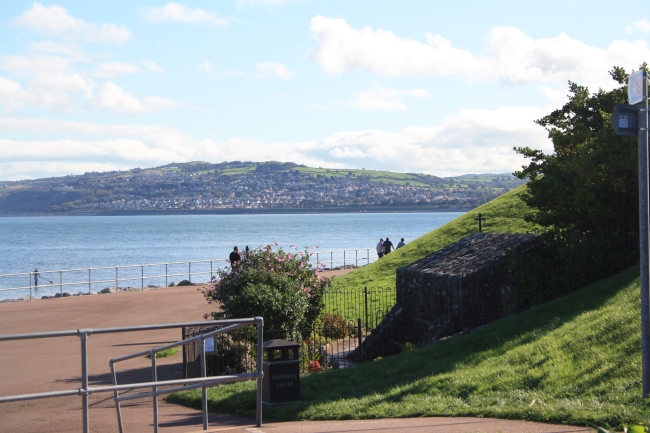 St Trillo’s Well is housed in a tiny chapel almost on the seashore, at the Llandudno end of the promenade at Llandrillo yn Rhos (Rhos on Sea). It is widely held that this is the smallest church in Britain, there are seats for six worshippers. The chapel that stands there now was substantially rebuilt, with new walls and roof at the end of the nineteenth century. However, it occupies a site where St Trillo was thought to have established his first church in the sixth century. 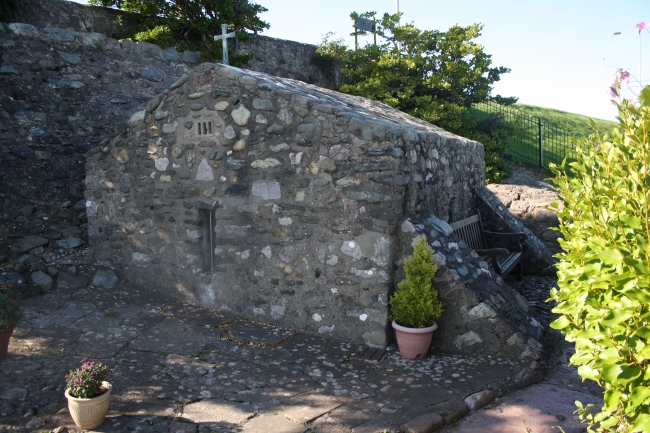 Trillo is said to be the son of Ithel Hael of Llydew and a brother of Saints Tegai and Llechid, both of whom established churches in Caernarfonshire. He was a monk on Bardsey Island before establishing his church at Llandrillo. He was a contemporary of St Deiniol of Bangor, and it is believed that he took part in the foundation of the Diocese of Bangor under tha patronage of Maelgwn, Prince of Gwynedd in around 550. Maelgwn had a castle at Deganwy, and a palace near Rhos on Sea at the site now called Bryn Eurgn, where the remains of a more recent, medieval house have been restored and can now be seen. 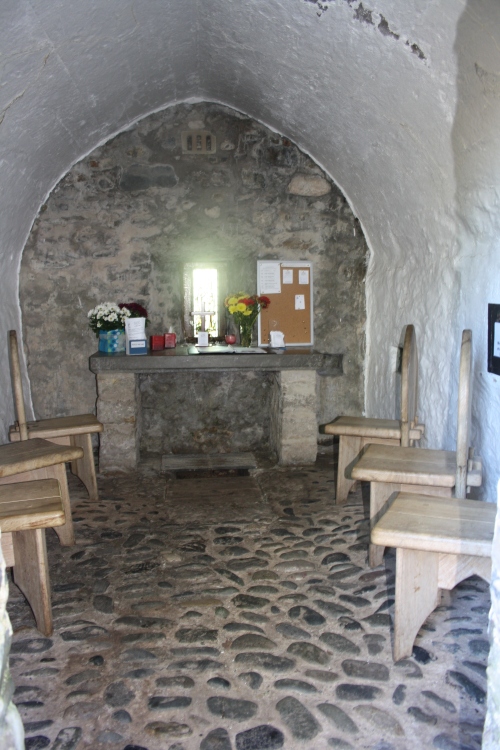 “… saw close to the shore the singular little building called St Trillo’s Church. It is oblong, has a window on each side and at the end; a small door; and a vaulted roof paved with round stones instead of being slated. Within is a well. The whole building is surrounded with a stone wall.”

The well, which is under a grate below the altar,  is dedicated to St Trillo and St Elian, who are both illustrated in the small stained glass windows in the chapel. There is no record of any healing properties for this well, although traditionally the water has been taken for use in baptisms at the other churches in the parish.

There have been other wells in the region dedicated to St Trillo at Llansannan and Llandrillo, near Corwen.