Ffynnon Ifan lies on the slopes of Mynydd Hiraethog, on the path from Cefn Brith to the Alwen Reservoir above Cerrigydrudion. It is clearly marked on the current OS maps, and has been identified as Ffynnon Ifan on earlier maps for over 100 years, however nothing appears to be written about the well.

The name appears twice in the ancient monuments database coflein, however not in its own right but solely in relation to defining a nearby post medieval sheep fold and a small quarry from which it is assumed that the stone to build the sheep fold was extracted. 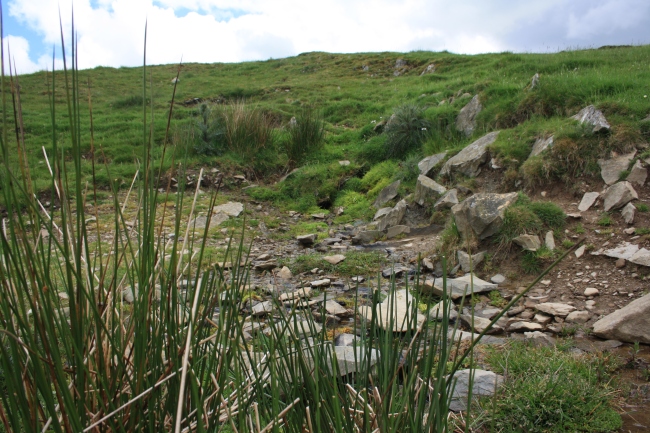 We were led to search for Ffynnon Ifan following the recent visit to St Mary Magdalene’s Well at Cerrigydrudion. In the discussion of  that well I note that the church had originally been built by St Ieuen Gwas Padrig, and that a well dedicated to that saint in the Cerrigydrudion area was recorded by Lhuyd [1], which was noted for possessing very cold water which was known for curing swelling in the knees, etc.  This is noted in Jones [2] as Ffynnon Gwas Padrig, although no further information is provided there.

There has been speculation, as mentioned in the previous post, that the well by the church had originally been his well; however comments I have received subsequent to making that post indicate that the Ffynnon Ifan shown here is the well originally identified as Ffynnon Gwas Padrig. 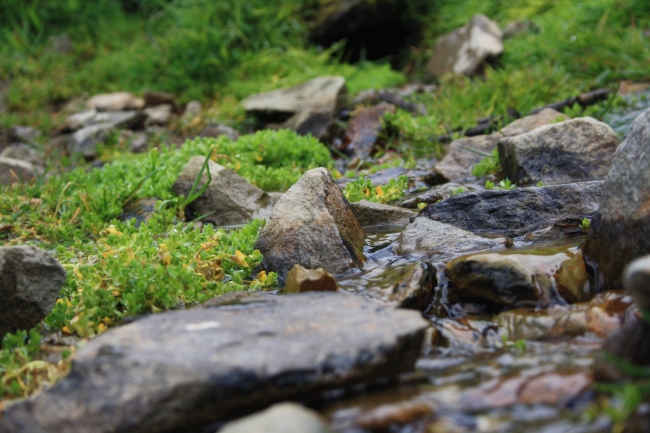 The photographs show the area marked on the map as Ffynnon Ifan. The area above was fairly boggy after recent rain, so it wasn’t totally clear whether the water was actually emerging from the hillside at this point or flowing down from the marshy areas higher up. On balance however it did appear to be a source of the stream that collected in the stony t the point marked and forming a small but steady trickle creating the small stream that flows down the hillside at this point.