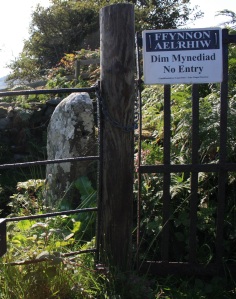 The original post below reports on our visit during the summer of 2012. The well was virtually inaccessible at the time as described below. However in Summer 2014 the valiant efforts of Keep Wales Tidy volunteers cleared the well completely of weeds and bramble so that it could once again be seen. By the time I returned last month however, nature was once again beginning to take control. It is an important lesson to take, that many of these sites can, with a little hard work, be made accessible once again, but it doesn’t last for ever, we have to be ever vigilant for those weeds are simply waiting there, watching for another chance to strike.

The original post remains, with new pictures of the cleared well below.

St Aelrhiw’s Well
Those I have bored regularly on the topic of wells will be more than willing to believe that inside every bramble bush there is a holy well just waiting to be found.

In the case of Ffynnon Aelrhiw this theory actually holds true. Not only do the brambles conceal it, but the path leading to it consists of mud, deep enough to suck the unsuspecting pilgrim knee deep into its clutches. Seeking a cure was never supposed to be easy.

We were led to believe before our visit that Ffynnon Aelrhiw had been restored. It does have a neat little fence around it, and a smart little signpost recording its name. It also appears on a number of websites advertising the tourist attractions of the tip of the Lleyn Peninsula. However any tourist who attempts to visit may be sorely disappointed. How the well has let itself go over recent years!

The photos presented here serve only to demonstrate how far nature has once again reclaimed the well rather that to show off its fascinating historic detail. We must return during the winter to see if anything more is visible when the leaves die off. 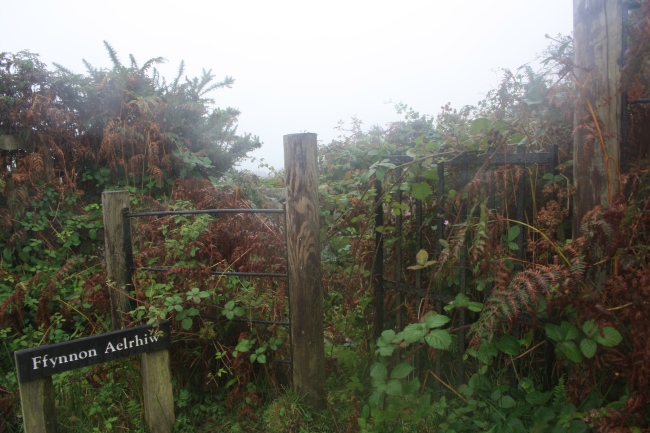 Ffynnon Aelrhiw was one of the final stopping off places on the pilgrim’s route to Bardsey Island. On the day on which we visited the peninsula was shrouded in a thick fog, though normally the pilgrims would be able to see the sea from the well and know that the end of their journey was but a few miles off.

Records of the well from its better days describe it as being around ten feet square. It is paved around the basin with stone seats surrounding it on three sides. Coflein suggests the paving dates from the 17th century. The whole is surrounded by a stone wall, with an entrance marked by a tall white standing stone at one end.  It appears that the spring is still active as it seems to be the source of a vigorous stream that flows southwards across the fields from the well. In the past this stream was used to feed a water mill located above Plas yn Rhiw. [1] A sketch of the well as it should appear is given on the website of Cymdeithas Ffynhonnau Cymru 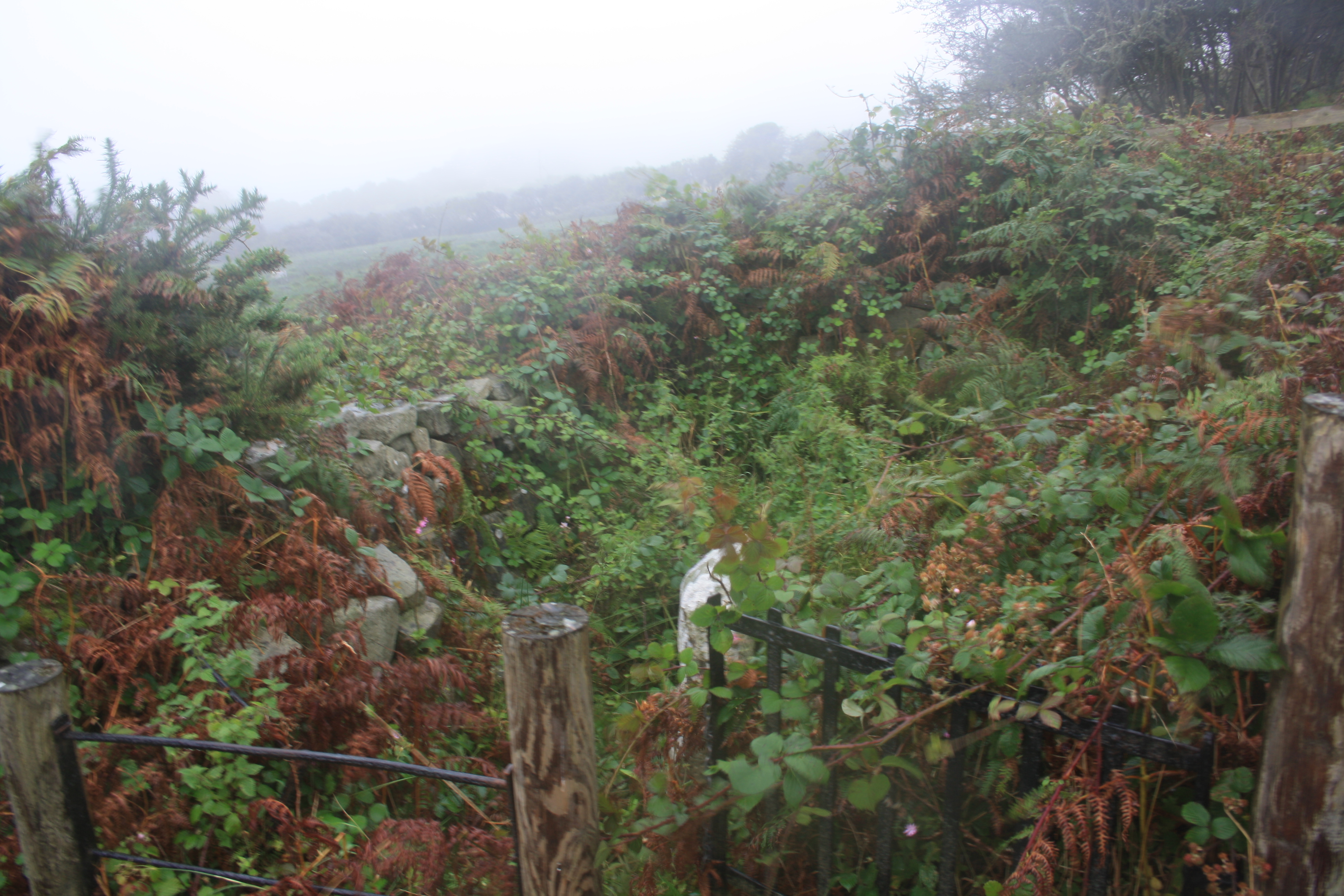 It was noted for curing afflictions of the skin. It was particularly efficacious for a particular ailment known as Man Aeliw, an ideal marketing ploy here, name a condition and provide a cure.

Ffynnon Aelrhiw lies around 100 yards to the south west of the Church at Rhiw. We found a more direct route from church to well through a field gate opposite the church which avoided all the mud. Like Cerrigceinwen before, we found the church was for sale, a veritable bargain at £95000, although in this case the well wasn’t included in the price. As prospective purchasers we were a little disconcerted by the warning note on the gate advising the visitor to be aware of nesting adders in the church yard, “those who enter do so at their own risk.”

The church, dedicated to St Aelrhiw is relatively recent, the building dating from the 18th century, although occupying the site of an earlier building. Baring Gould fails to identify a St Aelrhiw in any of the Welsh genealogies. He instead puts forward a suggestion that the name might be a corruption of Y Ddelw Fyw – the Living Image, which occurs on a number of Welsh calendars with the feast day of September 9th, which coincides with the feast day of St Aelrhiw celebrated at Rhiw.
[1] Gwynedd Archaelogical Trust 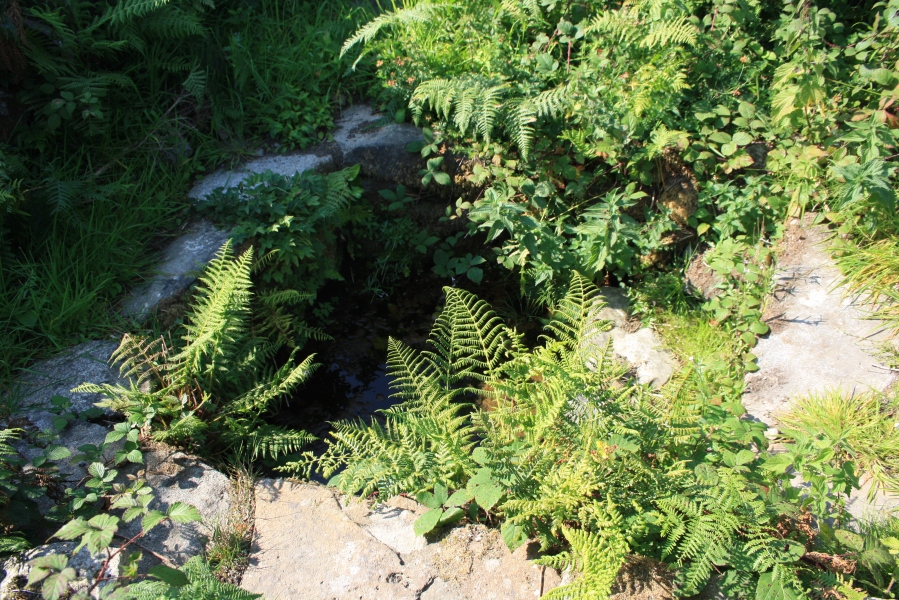