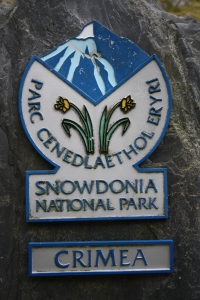 (edit – October 2014, although this well still appears in the HER as Ffynnon Mihangel, we have adopted the more commonly accepted name of  Ffynnon Fach as discussed in the comments below. There is a Ffynnon Mihangel near Manod a few miles to the south of this site.

The A470 south of Dolwyddelan climbs steeply into the mountains of Snowdonia towards Blaenau Ffestiniog. Improvements carried out on the route in recent years mean that travellers now speed on their way, within five yards of Ffynnon Fach (or Mihangel), without even realising that it’s there.

This route is known as the Crimea Pass. The new turnpike road, replacing an earlier road to the west which dated back to Roman times,  was constructed  in the 1850s, around about the time of the Crimean War, and there are stories that Russian prisoners of war from the battle were put to work building the stone walls in the area. An inn, the Crimea, stood at the top of the climb from Dolwyddelan close to what is now a lay-by and picnic spot. 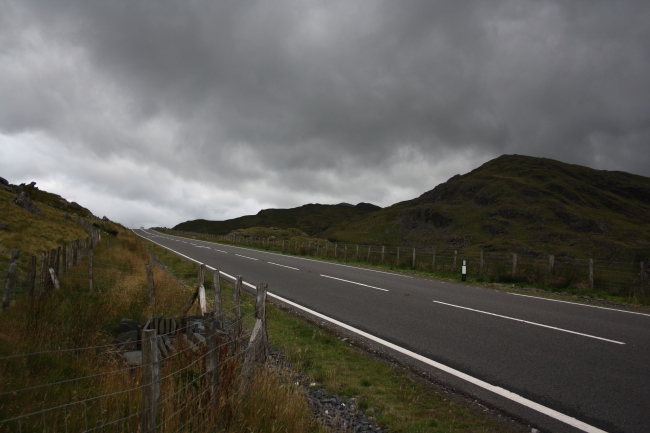 Ffynnon  Fach, is on the eastern side of the road about 250 yards north of this layby. It was investigated during the rebuilding of the road in the early 21st century, but was unaffected by the building work. It is now enclosed in a mesh fence. Water from the spring is channelled under the road in a bright blue pipe, and emerges to form a small stream on the opposite side. 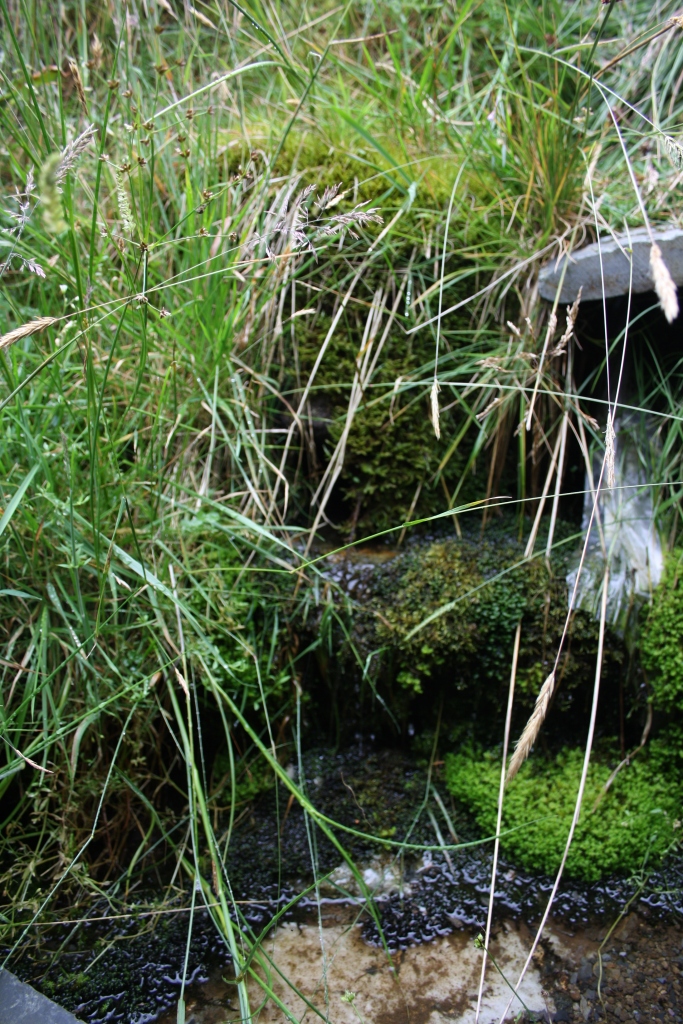 The spring itself is relatively unremarkable and the investigation found no evidence that there had ever been a structure around it. It is, however, marked out by a large stone, St Michael’s stone, some three feet in length, which once stood beside the spring as a marker, but at some point fell over the spring. The stone is now totally covered by graffiti recording names and dates.

Local tradition is that people carved their initials into the stone before going to war in the belief that it would bring good luck, which may be a memory of a belief of in particular properties of the well   It may also be a mark of the popularity of the well as a watering place for travellers over the route in the past. The earliest date identified on the stone is 1887, and from the layout of the inscriptions it is clear that the stone had already fallen flat by that time.

It is recorded that during the Revivalist meetings of 1859 a group of revivalists knelt down to pray at the well. This date again ties in with the construction of the new road which brought travellers much closer to the location although this again may hint at a longer tradition associated with the site.