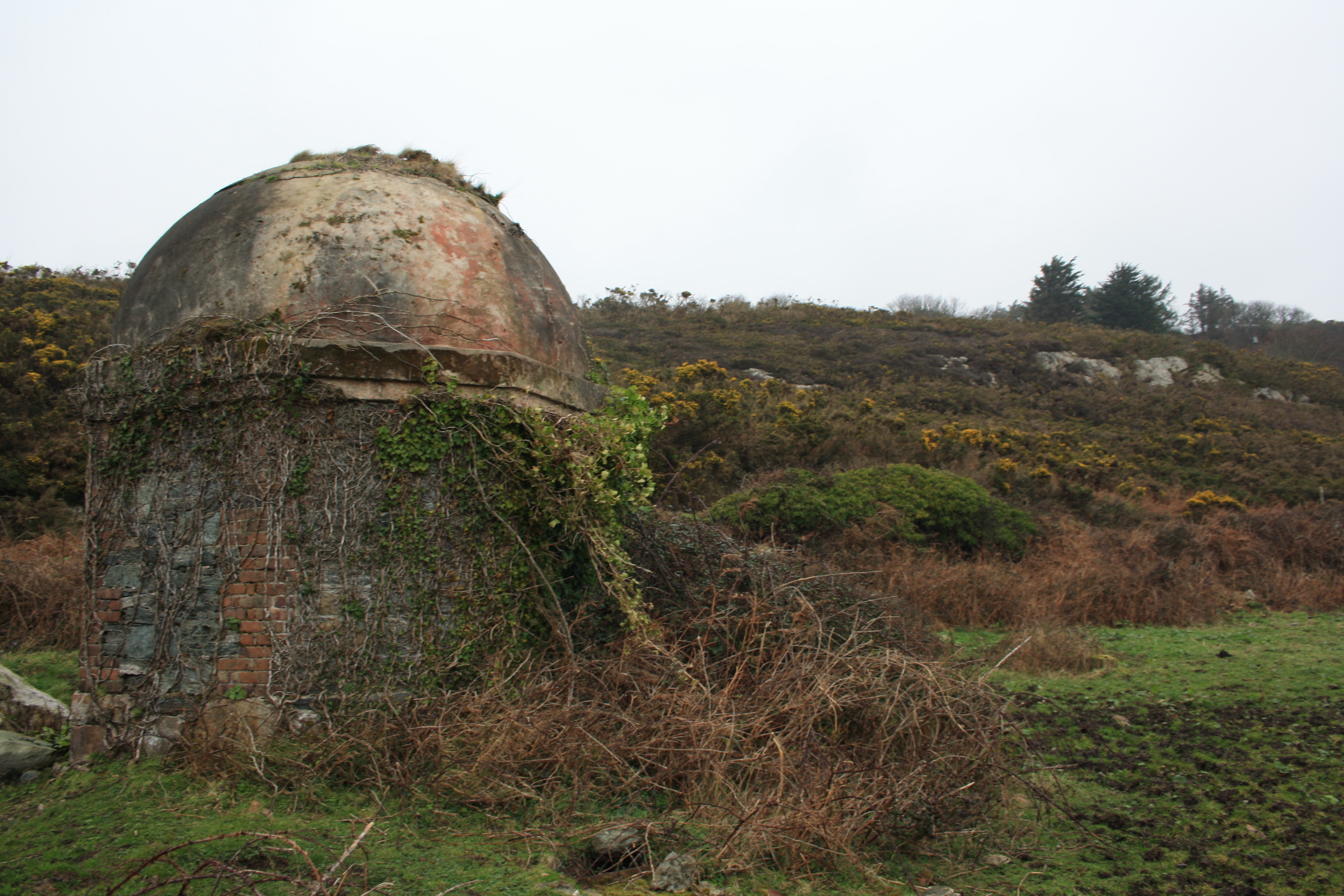 Ffynnon y Wrach is virtually impossible to miss, a strange alien structure at the very side of the road beneath Holyhead Mountain as you drive up towards South Stack. An octagonal brick tower beneath a hemispherical rusted metal dome. Ffynnon y Wrach is generally translated as the Witches Well. The name dates back into antiquity the earliest date I have found of a written record being 1733; but there is no knowledge of the witch or witches to which its name might refer.

Marie Trevelyan in 1908 confidently informed us that

The favourite haunts of Welsh witches were desolate places far from the busy centres of toil and traffic.

In Anglesey they held their revels near the Druidical stones and beside the Roman watch tower on Pen Caer Cybi, Holy Island. They were known to frequent the rocky islet of Ynys Gadarn when making compacts with the devil. Lake Coron near Aberffraw was another tryst.

But whether she makes this statement purely on the basis of knowledge of the well name or whether she is drawing on other records is unclear. 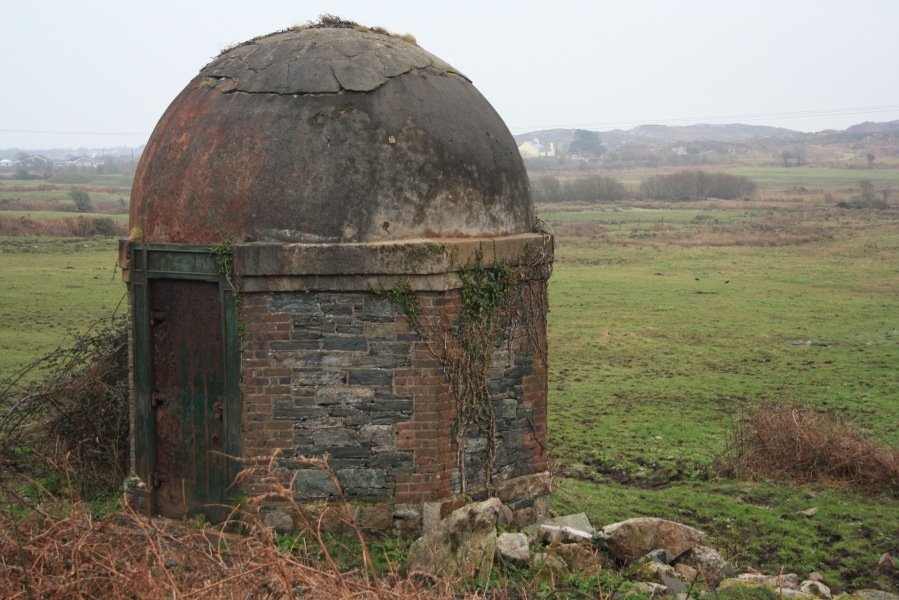 The only description of the well in any earlier guise is that from George Borrow, who was led to the well for refreshment during a walking tour of the area made in 1857 which he records in his book Wild Wales – the People, Language and Scenery as follows;

I am very thirsty,” said I, as I wiped the perspiration from my face; “how I should like now to drink my fill of cool spring water.”
“If your honour is inclined for water,” said my guide, “I can take you to the finest spring in all Wales.”
“Pray do so,” said I, “for I really am dying of thirst.”
“It is on our way to the town,” said the lad, “and is scarcely a hundred yards off.”
He then led me to the fountain. It was a little well under a stone wall, on the left side of the way. It might be about two feet deep, was fenced with rude stones, and had a bottom of sand.
“There,” said the lad, “is the fountain. It is called the Fairies’ well, and contains the best water in Wales.”

Whilst noting that Borrow recorded the name as the fairies well rather than the witches well it is evident that this was the same spring that he visited. It was just a few years after this visit that the well took on its present form.

During the nineteenth century following the construction of the Menai bridge and the coming of the railway Holyhead had grown rapidly into a bustling ferry port. Water shortages were common and droughts and poor sanitation were at critical levels in the 1850s. The railway alone used vast quantities of water which it obtained privately from a spring outside the town. For the general population water was carried by horse and cart from outlying springs, often they were left to fend for themselves, in 1864 it was reported that

When there is no rain for some months, as was the case this year, there are several scores of every age and sex to be seen waiting their turn for water not only every day of the week, but every hour of the day and night as well.
(N Wales Chronicle, 22nd October 1864)

In common with many towns across the country, in 1865 a Holyhead Waterworks Company was set up with the direct purpose

..to supply water for domestic, trade, sanitary and other purposes, within the parish of Holyhead, in the county of Anglesey.

To acquire the right to take, divert, intercept, impound and use the water from a certain spring adjoining certain fields near the road from Holyhead to South Stack Lighthouse, now or late in the respective occupation of William Roberts and John Griffith, and such further springs and waters as shall be found on any other lands or grounds adjoining or near to such first mentioned spring …
(N Wales Chronicle, 25th November 1865)

It is clear that Ffynnon y Wrach was the primary source referred to. The well housing that we see today was built in 1866 – the date is apparently on the door frame, although I found it hard to read. Work was completed rapidly the wealthy houses received directly piped water, whilst the majority of the town was provided with taps on street corners. The company levied its first water rate in December 1866.

Interestingly by 1875, a mineral water company was able to boast that its products were based on water sourced from the “celebrated spring” Ffynnon y Wrach. It is unclear whether this company was bottling and selling what was effectively tap water; however it shows that the reputation of the water quality of the spring continued.

I’m not sure how long the well continued to supply the town, certainly it did well into the twentieth century and it is quite possible I suppose that the underlying springs do still. The remains of Ffynnon y Wrach received grade 2 listed status in 1998 as a “late nineteenth century well house of highly unusual design and construction.”

Water still flows from the well, a broken drain cover shows a steady stream out from the building into the field below. So maybe neither a healing well nor a holy well Ffynnon y Wrach is a strange survival both in name and structure.