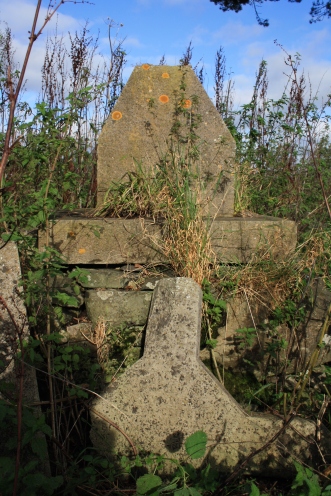 Without its history a holy well is just a well. It is generally supposed that the formal use of holy wells ended towards the end of the sixteenth century with the Reformation. However in most cases less formal usage continued long after, with wells being the centre for community activity, water used for baptism and healing practices continuing often well into the nineteenth century. However, with usage dwindling and history being lost from the local folk memory, few customs survive in any form today other than those recorded when the wells were in use or at least when usage remained in living memory. James Rattue has noted that “Naturally before the Reformation and the suppression of all sorts of popular customs, such things were not questioned or investigated, holy wells were reported at this time only by accident.”  Hence, for the vast majority of the information we have at our disposal today other than for wells of a more than local significance we are wholly dependent on and thankful to the antiquarians, folklorists and writers of the past who had the opportunity to record the well stories when they were still available. Although every single case would be different,  Rattue has estimated that, on average, well usage in England finally lapsed towards the last quarter of the nineteenth century, while suggesting on evidence available that earlier dates might apply in Wales.

It is notable that the records of holy wells varies greatly by area of the country and is largely dependent on the activities of past generations of historians. Thus in North Wales Francis Jones book Holy Wells of Wales records far more wells in Denbighshire and Caernarfonshire than it does in Anglesey, the latter area apparently having fewer noted wells than surrounding counties. While clearly this will be due to size, population and wider traditions, we cannot discount the impact of recording.

Sources vary widely cross the country between historians and folklore collectors active in specific areas, For example across North Wales one important early source is Edward Lhuyd’s Parochial Queries undertaken in the 1690s where academic historian Lhuyd sent a questionnaire survey to each parish to specifically record important landmarks, families and characteristics of the parish. At the other extreme antiquarian and folklorist John Jones ( better known under his pseudonym Myrddin Fardd) recorded the traditions of wells across his local parts of Caernarfonshire. Thus we find that of Francis Jones 51 Flintshire wells 26, over half, cite Lhuyd’s work as a primary source.; of his 86 Caernarfonshire wells 41, again almost half, cite Fardd as a primary source.

Anglesey has no similar single source. Lhuyd’s survey has no input from Anglesey and no single local historian collected such area wide detailed records when wells were in use. The recording of Anglesey’s wells appears to be considerably more down to chance.

Another factor may be different patterns of population movement and distribution on Anglesey when compared to the mainland. A greater movement of population would increase the likelihood of local traditions being lost earlier. We find a number of churches on Anglesey, apparently in the middle of nowhere, which mark the desertion of villages and communities. While some parts of the island experienced massive population growth with incoming workers, Amlwch to drive the copper mining and Holyhead generated by the port being prime examples, other areas have lost population early with workers being forced to seek employment on the mainland in the slate mines around Llanberis for example. Thus massive population shifts in the eighteenth and nineteenth centuries may have meant that local traditions were lost earlier in some areas.

While much of this may be speculation, there is no doubt that the community moved from the church and well we are investigating in this article. The Holy Rood church, serving  Ceirchiog near Bryngwran was closed in 1840 and the parish merged with Llechylched.. Angharad Llwyd in 1833 described the church as a “small neat edifice, a chapel of ease to Llanbeulan”, the Saint’s Day was kept on September 14th. The new church, Trinity Chapel,  a mile to the west at Bryngwran was consecrated by the Lord Bishop of Bangor on 15th September 1842  . Thus any specific customs local to the parish of Cerchiog would have been fading then.

The remains of the Holy Rood church we visit today are a fascinating mix demonstrating at the same time the transience and the permanence of the heart of this community. It was a small building measuring some 35-40 feet by 18-20 feet wide. In 1886 it was noted that the roof had partially fallen in, today only the foundations remain. A cross on a plinth was erected shortly afterwards recording this to be the site of the old parish church of Ceirchiog. The Celtic cross head has now fallen from its plinth, but lies close by and the inscription can still be read. Two or three grave slabs, inscriptions clear date from just a few years before the church was closed, but surrounding it all, perfectly intact, remain the oval church walls, yellow with lichen and entered by the rusting iron gates.

Very close by runs the A55 road approaching Holyhead, and it was the construction of this new dual carriageway around the turn of the Millennium that re-awoke interest in a well recorded on then current maps, less than 100 yards away in the field below the church. The preliminary archaeological report on the route  noted

“Assessment should be directed towards evaluating the possibility that the well is either connected with the church or with previous domestic activity in the area represented by the visible earthworks.”

The suggested examination was carried out and reported as follows.

A small stone well noted during the initial phase of the archaeological assessment was subsequently examined by trial excavation when a piece of medieval pottery was found associated with a cobbled surface. The location of this well adjacent to a medieval church (now derelict) raised its potential importance

A photograph of the well and plan of the excavation – taken from the report – is shown below.

The well consisted of a natural surface spring over which had been built a low rectangular structure of four large stone slabs to form a chamber 1.2m by 0.6m. The front east slab had a notch cut into the top edge to control the flow of water out of the chamber. Roughly constructed dry stone revetment walling lay around the north, west and east sides. The chamber was surrounded by a cobbled area measuring approximately 10m by 6m. The area was not clearly defined and little attempt had been made to construct a cobbled floor, but rather small stones had been laid  onto the clay to act as a hard layer. Two sherds of probable medieval pottery were recovered from the cobbled surface and two lead items were found which may also be of medieval date.

The evocative remains of Holy Rood church are easily missed by drivers on the A55 – the well now lies beneath the south bound off slip -and now we can never be sure of the significance of this well to the medieval community of Ceirchiog. Close to their parish church and to their homes, did this serve their day to day needs for water? Was it respected or revered as were the holy wells attached to other churches on the island? Once these stories are lost we have nothing but hypothesis, but this location is far from alone across the heart of Anglesey, there are a number of closed or deserted churches, and most have a well close by. Of course every community needed a water source but how many of these once had a similar role within that local community as the many other recorded holy wells had in theirs?