The greatest bonus of posting about wells on the blog is the feedback I receive, particularly when it brings new information and new wells. Responses I had following writing my previous post about the lost well near Holy Rood church on Anglesey led me just a couple of miles down the road from that well to another lost well behind the church at Gwalchmai in Trewalchmai parish.

The well appears on early Ordnance Survey maps (the map below is from 1888)  immediately to the south of  a pond formed by the River Ddrydwy which was dammed here to create a power source for a corn mill.  The mill was used probably up to the late nineteenth century though it later produced electricity for the village into the 1940s. Remains could still be seen at least to the end of the last century. At some time around the end of the 1960s the water board deepened the stream through the pond so that the river could flow freely and at this time the well was filled in.

I understand that the well was still in use as a water supply in the early 1960s, and that there was local objection to it being filled in. At this time the well was enclosed within a stone lined bath. There is no record of it having been a holy well. It was however close to the church on land owned by the Bishop of Bangor, and close to a path that led towards Llanbeulan, which in the past had represented the main church for the surrounding area.  The well was known locally as The Church Well.

The church at Gwalchmai is dedicated to St Morhaiarn.  While it is of medieval date, the precise age of the main body of the church is unknown, a north chapel was added in 1500 and the church underwent a restoration in 1674. It was further restored in 1845. Of Morhaiarn nothing is known, the festival is celebrated on All Saints Day, November 1st. It maybe that he is a local saint or the name may be a corruption of something else. It has been suggested that it is a variation of Mordeyrn, the saint of Nantglyn church in Denbighshire.

The well stood in a field known as Ysgubor Esgob (Bishop’s barn) to the south of the River Ddrydwy. A path leads from the church, crossing the river by way of a footbridge and passes the well site, although I was told that this was not the original route by which the well was accessed and other paths ran to it and past it. A number of large stones are still scattered around the field which may once have been a part of the well structure. 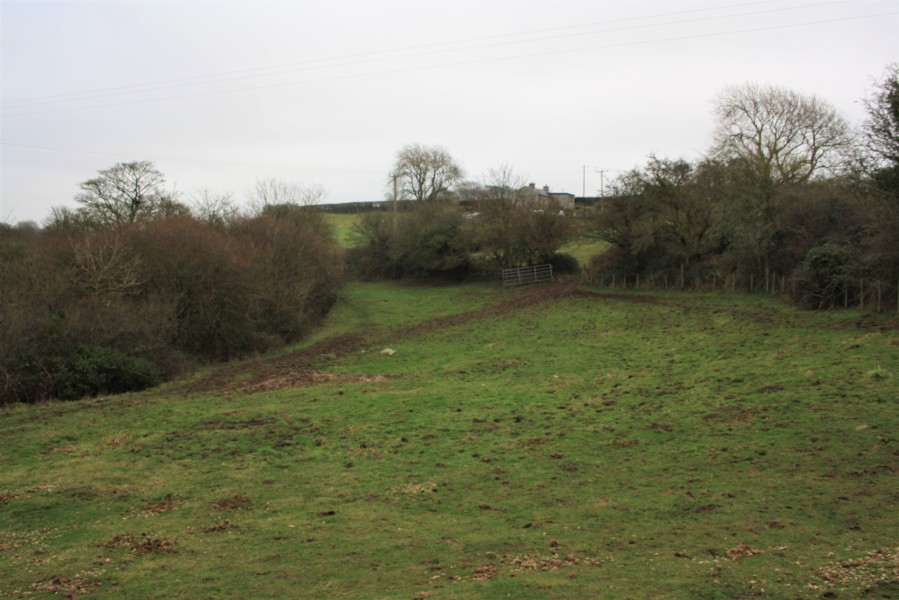 Clearly there are no physical remains of the well and, as far as I have been able to find, no written record of it either; but at least it remains, for now, within the memory of the community. Maybe there was once a Ffynnon Forhaiarn at Gwalchmai, we will probably never know, but at least we can now record that there was once a Church Well. I am much obliged to those who volunteered the information to produce this record. 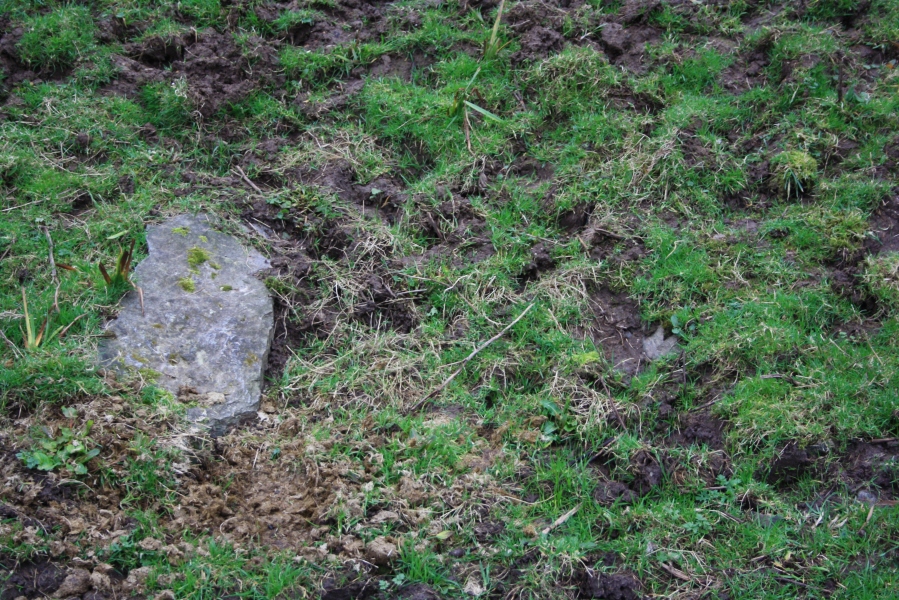 Map – Reproduced with the permission of the National Library of Scotland